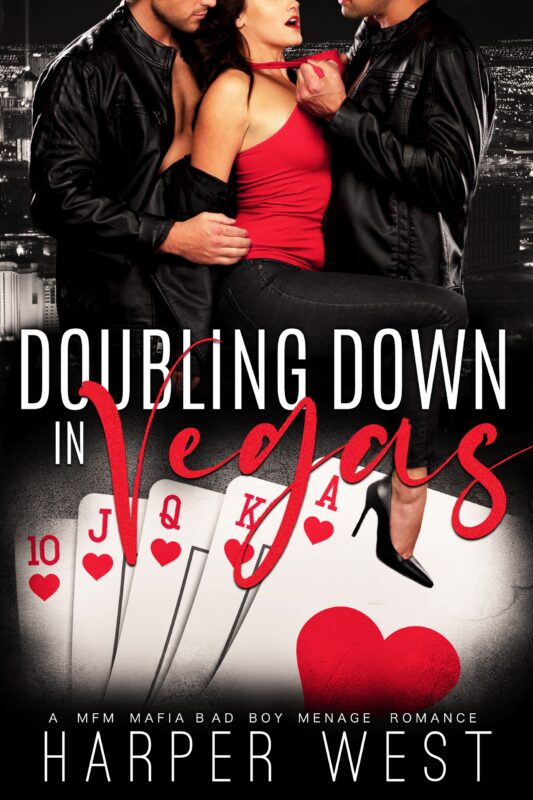 Elle
I’m a mafia princess.
But that doesn’t stop my brother from screwing with me every damn chance he gets.
He’s played one too many games with my life—and now it’s my turn for a bit of revenge.
So how do I plan on besting one of the biggest mafia bosses on The Strip?
I’ll join forces with the Denalis brothers—his arch rivals—and save their empire from crumbling.
I expect a short revenge mission.
One to annoy this sh*t out of my overbearing brother and rattle his cage a bit.
But what I don’t expect is the lust they’re drawing from every inch of me...and the way my body craves their touch.
This is wrong.
And it can’t continue.
But I can’t seem to stop.
There’s no way this will end well . . .

Brandon/Vincent
They call us the ‘Kings of Sin’
and it’s not just cause we run Vegas like a well-oiled machine.
Our prowess in the bedroom has the women falling to their knees.
No, we own this town.
Brothers and heads of the Denalis’ family—we don’t take sh*t from no one.
With plenty of lackeys, lots of power, and almost everything a mafia family could want, we should be living it up.
But we’ve got a problem. A big one.
Our fortune is slowly sinking.
Things look bad—until she waltzes into our life.
Our enemies baby sister.
She claims she can solve all our problems, but we want more than just her ideas.
We plan on taking every inch of her . . . and making her permanently ours.

Doubling Down in Vegas is a standalone, lip-wetting, MFM Bad Boy Mafia Menage Romance from your new favorite author Harper West. If dark romance with hot bad boy mafia bosses that put the ‘anti’ in antihero sound like a good time . . . this book is for you! Guaranteed HEA & No Cheating.

About the Author
Harper West