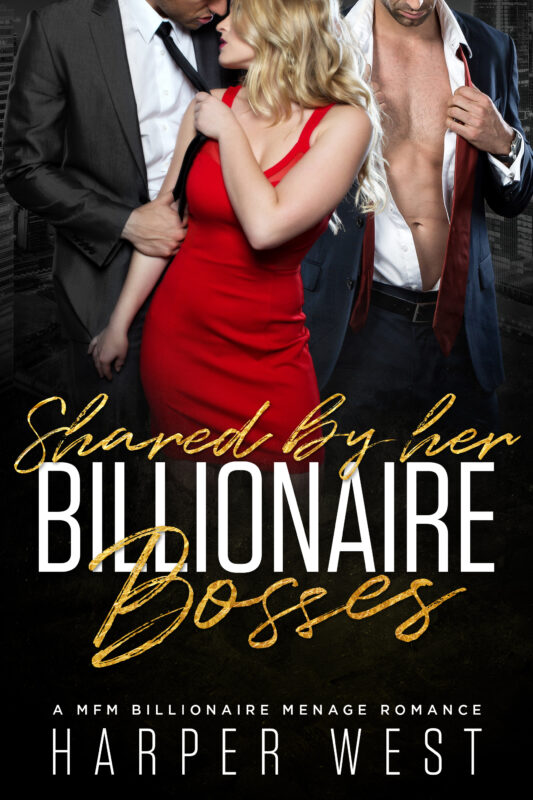 **Read this book for FREE When you Join my Newsletter!**

I've been around enough wealthy men to know I'll never date another one.
After a nasty break up, I swear off guys and relationships—until a drunken night in a bar lands me the chance of a lifetime.
Because the ridiculously handsome guy I was venting to— and totally flirting with— turns out to be the new CEO of the company I work for.

Instead of firing me, now he wants to make me his personal secretary.
I’m not about to pass up the promotion, so I take it, with the promise to keep things professional.

Now my new boss—has turned into two new bosses.
And it’s hard to focus with all the hot man-candy walking around.
They don’t seem to have a single thing in common... except me.

All these late nights and early morning have withered down my will power, and the more time I spend with them... the more I want to give in to the two gorgeous CEO’s who seem to fight about everything... including my attention.

Can two battling billionaires make for one happy relationship?

Shared by Her Billionaires is a super steamy alpha billionaire menage romance. With a guaranteed HEA and NO Cliffhanger. Get ready for hot times two in the boardroom!